We have 256 guests and no members online

Part 3 : Roaming Food Vendors in the Philippines - My Everyday Heroes

This is Part 3 of my Photo Gallery of roaming street vendors in the Philippines which I will continue to write as I roam around the streets wherever I travel to pay tribute to this vendors who bring food to our tables  no matter what the weather is... rain or shine... sometimes even after a stormy weather. They earn their living in a very decent way.

Picture below is a roaming vendor in the main thoroughfare of Metro Manila. In between cars during a traffic jam. He is selling Adobong Mani (fried savory peanuts) and cigarettes, sometimes cold water and rags 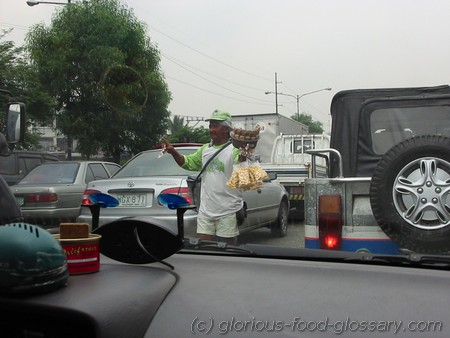 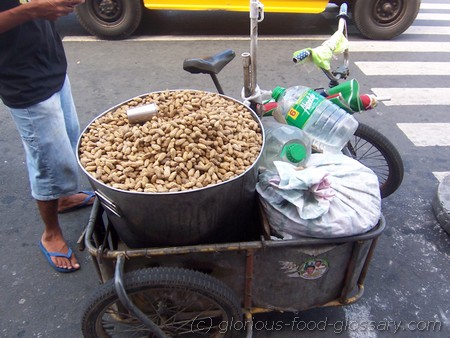 Roaming boiled Peanut vendor above with a big tin tub full of boiled Peanuts (Nilagang Mani in Tagalog) under a lighted gas stove so it will remain hot until all are sold. That mobile car is "small but terrible". It carries a big tin tub where maybe 10 kilos of peanuts are being boiled, a gas stove and half full sack of raw or uncooked peanuts. 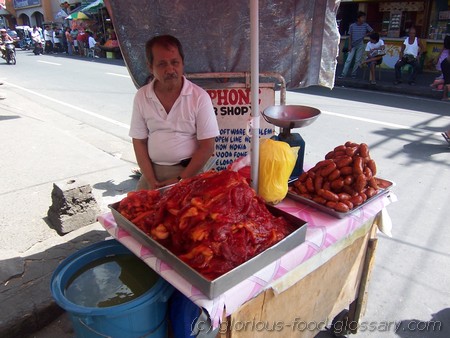 This picture of the vendor above is quite interesting for me, With his 4-wheeled make shift stall made from leftover woods, he sells fresh Tocino (marinated pork) and Longganisa (traditional savory sausage in Philippines) along the sidewalk of San Pablo City, Laguna 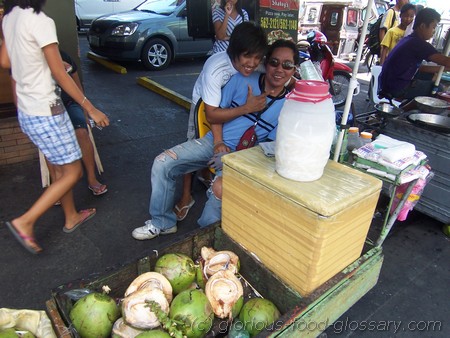 This vendor is selling fresh coconut juice from newly harvested Coconut we call, Buko or Buco in the Philippines which is the source of good Coconut water and soft Coconut Meat which is made into a cold drink called Buco Juice. This picture was also taken near San Pablo City Mall, Laguna 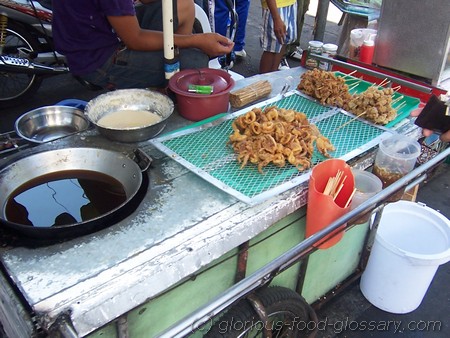 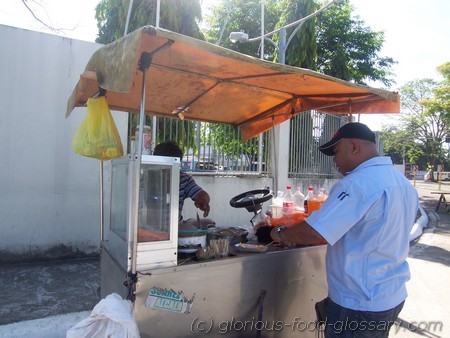 Roaming vendor selling savory snacks, such as deep-fried Kikiam (Quekiam), Fish and Squid Balls for employees in the Electric Company in San Pablo City, Laguna with choices of assorted sauces. This mobile cart is complete with a gas stove to deep-fry the said foods. 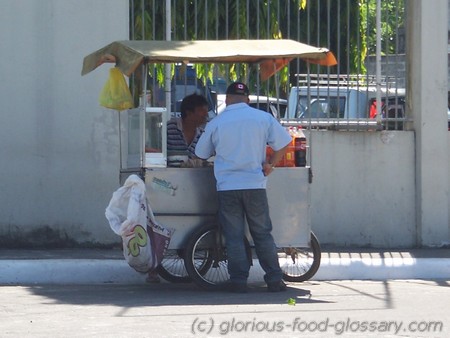 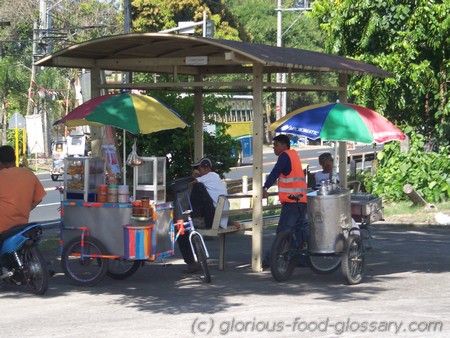 The picture below is a roaming vendor of savory and sweet snacks. Savory snacks include Proven, Balat (Skin of Chicken), Isao or Isaw (Pork Intestines) and a sweet snack called Butse/Butsi/Buche, made from glutinous rice stuffed with sweetened mashed Mung Beans, called Munggo in Filipino

Funny how his mobile store looks like, it is surrounded by a grill with a small window where he can give out the orders. 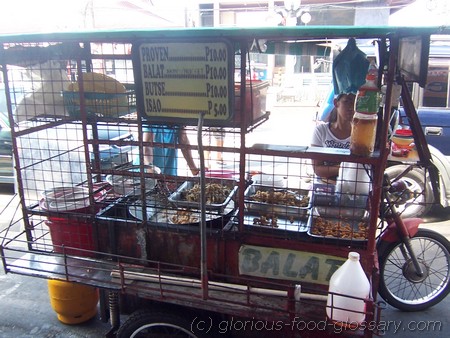 Below are pictures of Puttu, a traditional food from South of India, a steamed cake made of Rice, Rava, Gothambu mixed with grated Coconut which is  served best during breakfast with sweets, like Pazham (steamed or raw fresh Banana) and savory curries.

I have eaten my first Puttu with Mutta or Egg Masala,  on my way to Munnar. I missed the chance to eat one with just plain sugar... must be more delicious, I guessed.

This Puttu is made with roasted grated Coconut, hence the color brown. This one really looks so delicious. 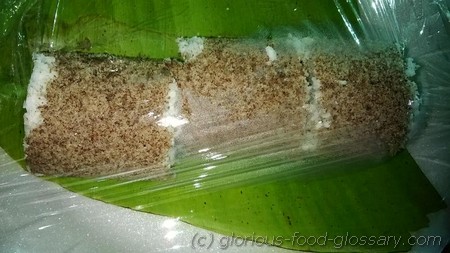 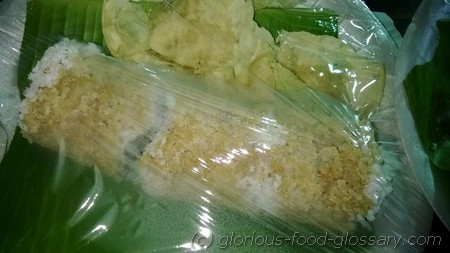 Below is Atta Puttu sold with Omelette (Muttadosha) 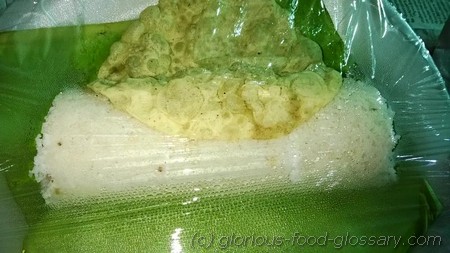 Kumkuma Bharanis /Kumkuma Baharanis is a tiny vessel in different shapes, forms and styles where Kumkuma is stored.

Kumkuma is a red-colored powder used for social and religious markings in India. It is either made from turmeric or saffron. The turmeric is dried and powdered with a bit of slaked lime,which turns the rich yellow powder into a red color. In India, Kumkuma is known by various names such as,  Kuṅkumam (Sanskri), Kunku (Marathi), Kumkum (Bengali, Hindi), Kunkumam (Tamil), Kumkuma (Telugu and Kannada) and  Kungkumam (Malayalam).

A very nice picture of Kumkuma Bharanis below was a special gift from my second family in Allepey, Kerala, India which I used now to keep my engagement ring. It was bought from a night street market in Coimbatore, Tamil Nadu 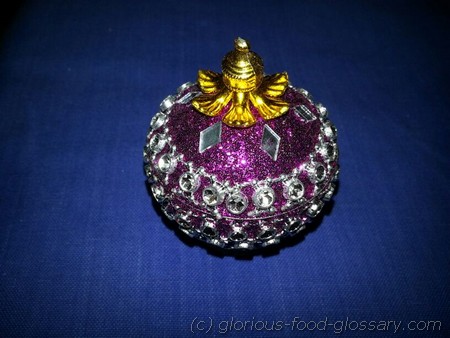 Nilavilakku is one of the souvenirs which can be bought in Kerala, India. A miniture form like the one which was given to me as a gift is not so heavy to carry on your back home from a holiday in Kerala.

Nilavilakku refers to the traditional brass lamp used for making light in placed of a candle. Different sizes of Nilavilakku are an auspicious decorations used during festivities, in church festivals and special occasions, such as during wedding ceremonies. It is also needed during the staging of the  performing art of Kerala, such as Kathakali, Koothu, etc.

Here is a picture of the different sizes and shapes of Nilavilakku  used during a Church Festival in Kerala. 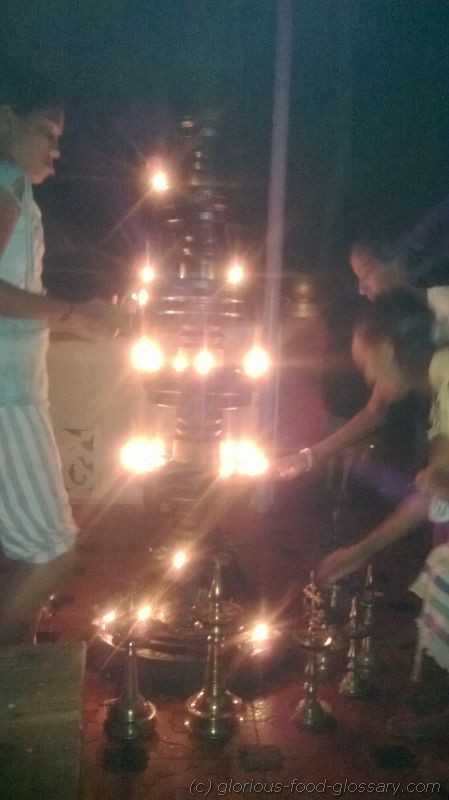 Below is a picture of Nilavilakku used as a decoration in the stage/altar used during a Hindu wedding in Allepey, Kerala, India. It all lighted during the ceremony which could mean something for the people in Kerala. 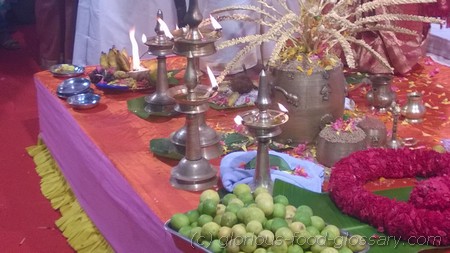 Nilavilakku which is available in many shapes and sizes are old age traditional vessels which has survived the test of time. It is one of the elegant examples of typical South Indian craftsmanship.

Picture below is my mini Nilavilakku which I placed on my altar together with candle holder as a reminder of my second family in Allepey. 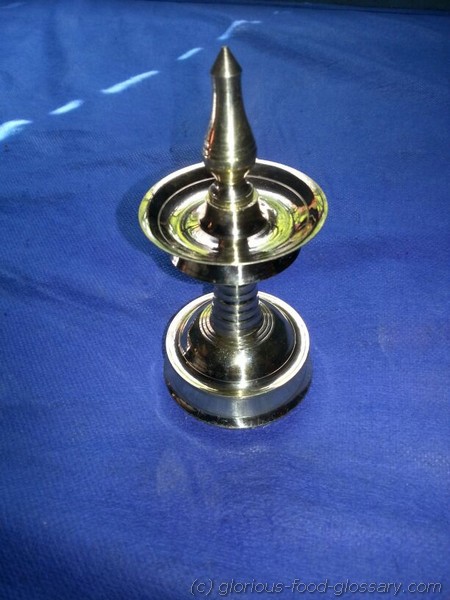 Back in 2001, Rike, one of my step-daughters spent some monts in the Philippines for her On-the-Job Training (OJT) in one of the government agencies in the Philippines dealing with the Energy. Back then, big Malls already exists, but those imported sweets and snacks, like Krispy Kreme were still not available. There was a craze back then which were  Cinnamon Rolls available in different flavors by a shop called Cinnabon. Some are filled with caramel, cream and some have caramelized nuts as toppings, such as the Walnuts.

Cinnabon, Cinnamon Rolls was a hit back then, it is not so sweet, the rolls melt in the mouth and with just the right amount of Cinnamon flavor which does not over power the taste of the fillings and toppings. I have no idea if Cinnabon is still around in the Philippines, but if they still exist, next time I go home to visit my country, I'll definitely come and enjoy once again their delicious Cinnamon Rolls

I remember the good old days in the Philippines when malling or strolling a big mall with lots of lots of foods to offer was a joy. Here are some of the pictures of us enjoying Cinnabon's Cinnamon Rolls. 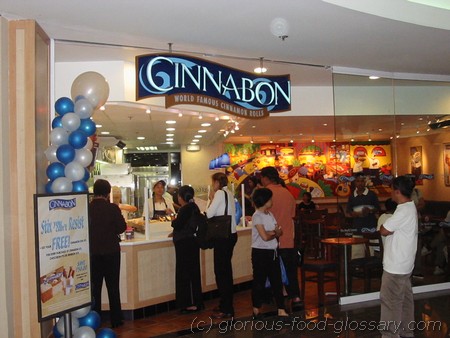 Below, Rike and me, choosing which flavor of Cinnamon Roll to choose. 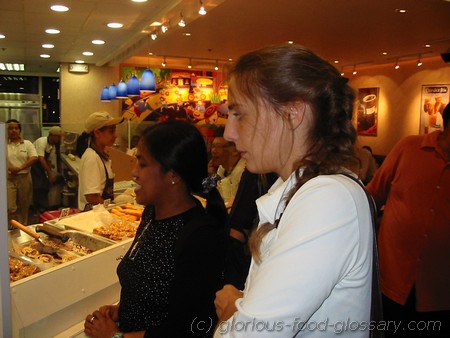 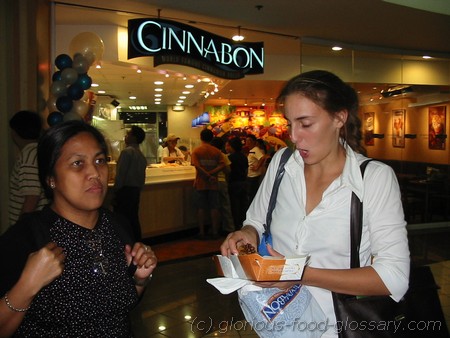 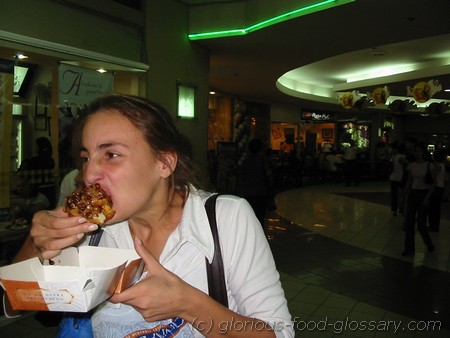 Sehr lecker, they say in Germany, so delicious, yummy!!! She chose the one with Caramelized walnuts as toppings and below she and her Papa enjoyed it, while the line in Cinnabon became longer. 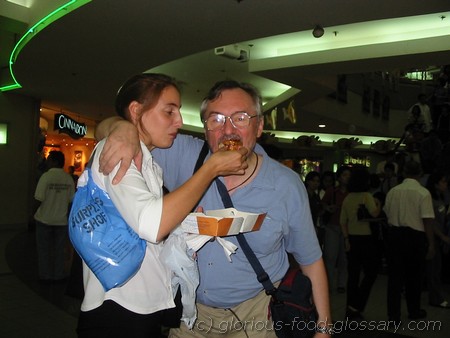