Suppengrün is a German term which refers to a bunch of herbs and vegetables  which is used  as the  basic ingredients for making or cooking soups and sometimes stews (Eintopf) in Germany. Suppengrün is mostly composed of bunch of Knollenselerie (Celery root), Mohren (Carrots) and Lauch/Porree (Leeks), but sometimes stalks of Petersilie (Parsley) are also added.

These herbs and vegetables are tied together and sold as a bunch and is always available in weekend markets and supermarkets in Germany. 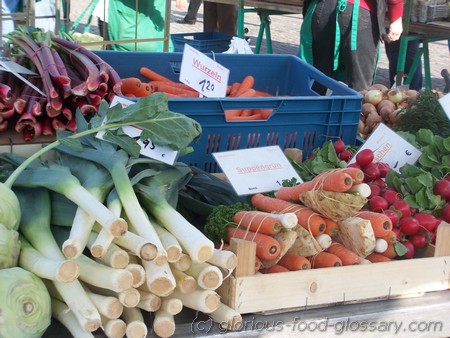 Below is the Suppengrün I bought from a supermarket which is packed in a plastic container. There is a bit of Blumenkohl (Cauliflower) added 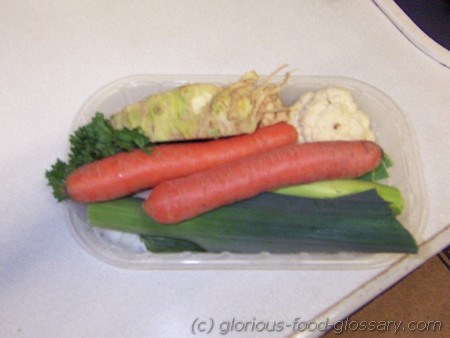