We have 673 guests and one member online

Likewise, is also refers to rice flour dumplings filled with a mixture of jaggery and grated coconut. Once formed and filled with the stuffing, the balls or Kozhukatta Unda are steamed in Appachembu (steamer)

Below are pictures of Kozhukutta / Kozhukatta Unda made by a family friend from Allepey, Kerala, India 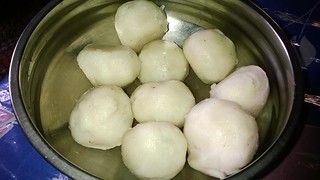 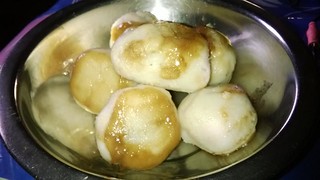 Below is a picture of the filling/stuffing of Kozhukutta Unda

Kachil Puzhungiyathu refers to boiled Greater Yam (Kachil) which is one of the popular traditional food from Kerala, India.  Kachil is a bit like Kappa (Cassava) in taste , but while Kappa is always available, Kachil is only available depending on the season. It is serve with a spicy Chammanthi or any kind of Curry and great during winter or cold months. 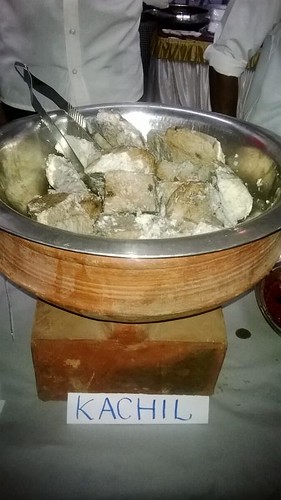 Kaari is the Malayalam word for Cat Fish or Catfish. Catfish or Cat fish is also referred to in various Malayalam names, such as  Silurus or Mushi-Silurus, Valia Etta  and Thendu Kadu.

Kaari are usually caught by the locals in rivers and lakes surrounding the backwaters of Kerala, India

Here below are pictures of Kaari caught from one of the rivers in Allepey, Kerala, India by the locals. 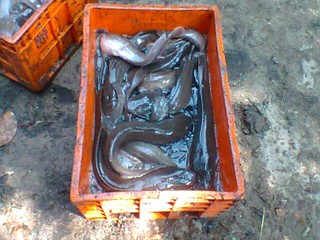 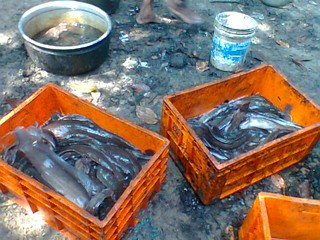 In Kerala, they make mostly Meen Curry (Fish Curry) from any variety of fish that landed their kitchen.

In the Philippines, Catfish/ Cat Fish which is called Hito in Tagalog is mostly grilled (Please see another article of Inihaw na Hito)

Kodampuli refers to a fruit from Kerala, India which is used as souring agent as substitute for tamarind , especially for making Meen Curry. This is considered to be a magical fruit that transforms every South Indian dish delicious. It is one of the important ingredient present in South Indian pantry.

Karalmeen Curry another variety of Fish made into a curry in Kerala, India.  Karal is the Malayalam word for  Silver Belly / Pony fish. Karal is also called Thaali Mullen, or Nalla Mullen in Malayalam 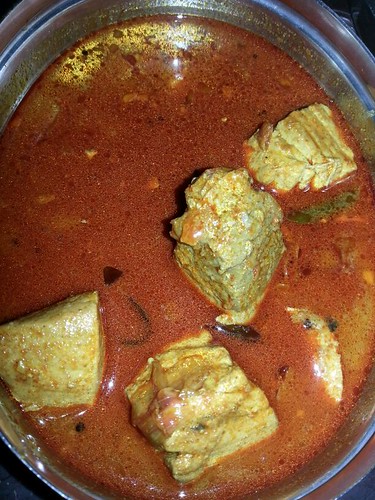 Kappa Puzhungiyathu refers to boiled or steamed cassava which is called Kappa or Kappioka in Malayalam, the language in Kerala, India.

Kappa is one of the staple food in Kerala, India. They are cooked in varieties of way and one of them is by boiling or steaming then served with Chutneys or Curriesas a substitute for rice, paricularly for breakfast.

Kappa Puzhungiyathu can also be served with sugar and newly grated coconut for those who prefer sweet breakfast.

Kappa is prepared by removing the thick skin, then sliced into bite size pieces before steaming or boiling. 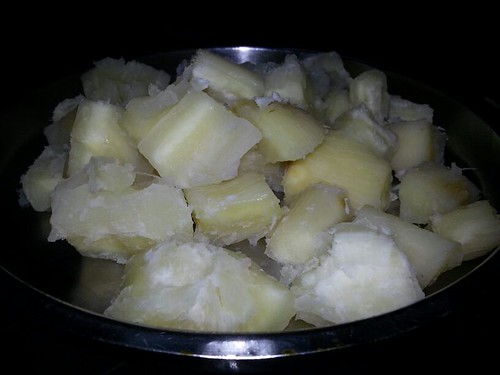 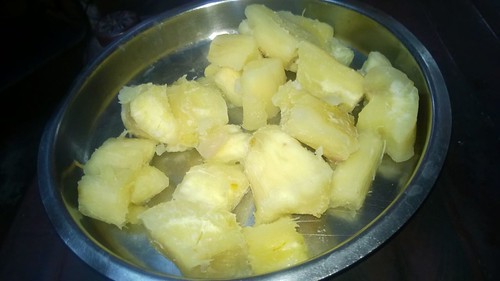 Picture below is an Indian housewife in Allepey, Kerala, India, skinning and preparing the Kappa before steaming/boiling

In the Philippines, we just boil Cassava (Kamoteng Kahoy) then served ith sugar as a dip or sometimes margarine or butter and sugar. We never eat boiled Cassava with savory sauces .